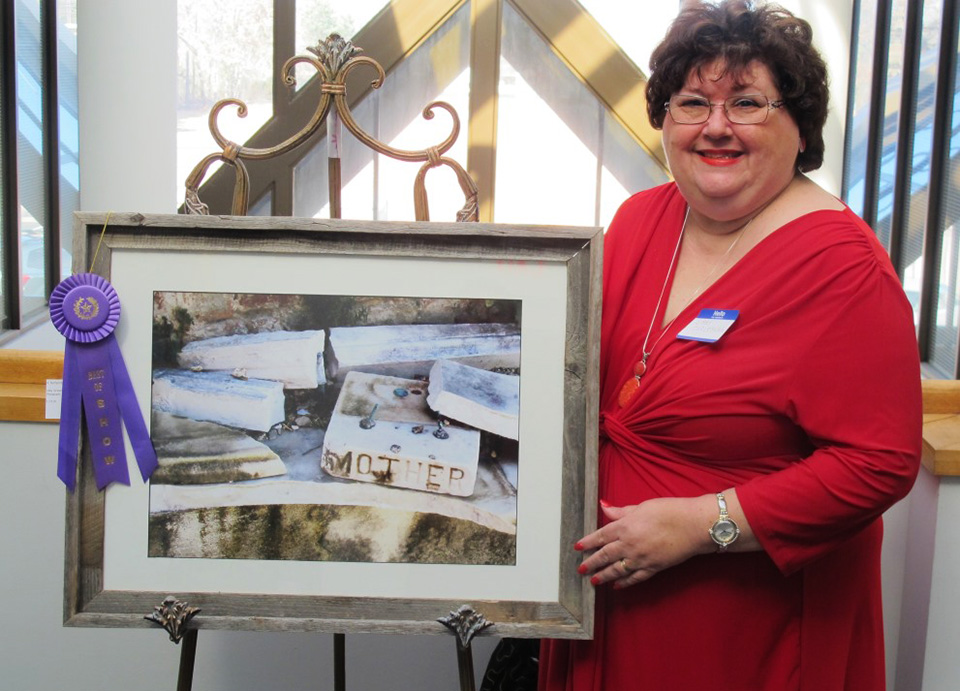 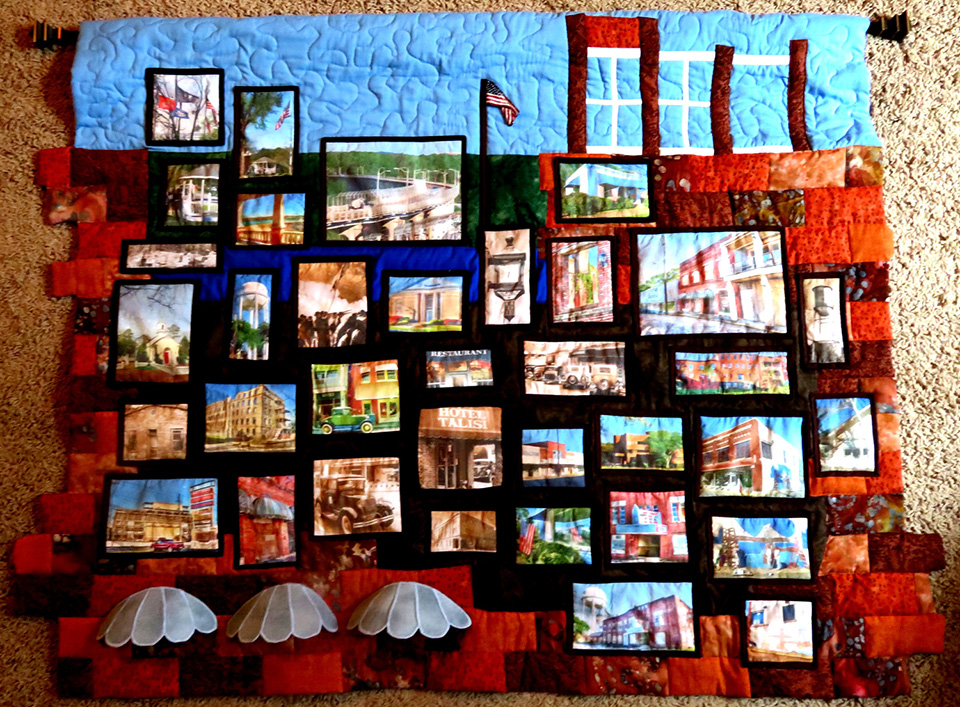 Libby J. Christensen has been an active member of ECAG for over 15 years, serving as secretary, treasurer and vice president. Past president of the Society of Arts and Crafts in Montgomery, she is also a member of the Montgomery, Prattauga and Selma guilds and regularly enters regional art shows, three times winning Best of Show. She also often participates in the Alabama National Fair, in 2018 winning 65 ribbons and 68 in 2016 for sewing, knitting, crocheting, and quilting as well as photography.

Libby began to be known for her travel and nature photography in England when she had 10 photos published in the Domesday Book Video Disc encyclopedia by BBC. Later in Germany, she won a 1st place for her photo of the fall of the wall in Berlin. She has had 10 photos selected as finalists in international competition to be published in Best of Photography Annuals by Photographers Forum. The most recent, selected this year, is “My Nanny Smiled at Me” (portrait of a goat), but she’s also had a scene of a mother’s grave, “Grandpa’s Blue Truck,” and a snow scene of Wetumpka picked in recent years. The snow scene, “Crossing Toward Hope in a Cold World,” was one of a group of about 20 works of art sent to Italy by the Montgomery Art Guild. She also has two photos in the permanent collection at Jackson Hospital in Montgomery. In the local region, she’s won about 75 ribbons for photography and continues searching for interesting subjects and honing skills at post-process enhancement.

As Libby has recently retired from teaching English at South University in Montgomery, she has found more time to sew and has begun designing more fabric art. This fall, her “Selma NOW and Then: Timeless Treasures” photo memory quilted wall hanging took “Best of Show” at SAC’s Water Show. She also won dozens of quilt/ sewing ribbons at the fair, including three Best of Division and the overall top prize. Her “Geographical Gems” quilted photo hanging of fossils took first at the Wetumpka Crater Art Contest 2018, and an appliquéed peacock on a jacket took 1st place at the SAC’s Member Show last year.

Her interest in quilting has reached a new height this fall with the launch of her new business, Christensen Creations, and website, www.sewgocreate.com, which she designed to sell digital downloads of her quilting, sewing and wearable art patterns. While continuing to enjoy photography, she is now concentrating on designing quilts, wall hangings, throw, skirts, appliquéed hot pads, etc, often with three-dimensional accents and all with clear instructions, diagrams and her own photos.

Your ticket for the: Libby Christensen: Featured ECAG Artist