Never fear; we're still here! We hope everyone is doing well and avoiding the dreaded virus. We offer prayers to those that have been personally affected.

As things in our area seem to be calming down a bit, we tentatively plan to hold a regular meeting during the month of May. Should our governor follow through with her commitment to end the mask mandate by April 9, we should be able to begin to resume normal activities by May. We certainly want everyone to be safe, but we also want to get on with normal activities as soon as possible. I miss our activities, and I miss seeing everyone.

As usual, we will continue to communicate with everyone concerning future activities and updates through email and the ECAG website. If you know someone that is not getting our emails, please let us know! Stay safe, and pray that we can all get back to "normal" soon!

The deadline for entering this juried exhibition is March 20, 2021. This year $11,000 in cash prizes will be awarded. The event is sponsored by the Montgomery Art Guild and the Montgomery Museum of Fine Arts. Don't miss this opportunity to participate. Exhibition dates are May 21 though August 16, 2021.

Submissions for this annual competition sponsored by the Society of Arts & Crafts and Stonehenge Gallery will close on April 23, 2021. The entry fee is $25 to enter up to three photographs. There are four entry categories with combined cash awards of $4,000. The exhibition will open on August 9 and close on September 24, 2021.

PAINTING WITH A PURPOSE

Are up interested in "loosening up" with the intent of adding more life to your painting? This workshop is designed to help you do just that while maintaining a clean and professional appearance to your work. This Three-Day Studio Workshop will be held on May 17-May 19, 2021, at the Tallapoosa School of Art. The instructor will be Amanda Lovett.

To exhibit your work at any of these locations, contact Barbara Bryan. 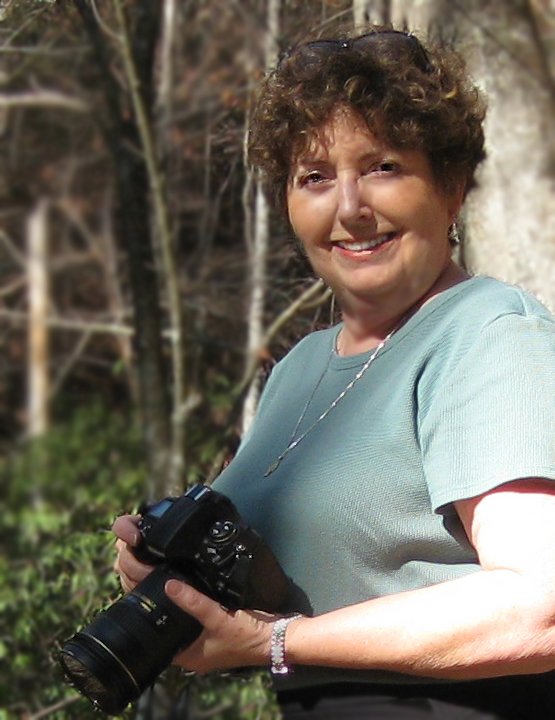 What started as a job eventually turned into a passion. One of Barbara's responsibilities while working at Coca-Cola for 27 years was that of Quality Assurance Manager. In this position, she performed facility inspections for safety, sanitation, and production issues.  Starting in the late 1990s, photographing out-of-compliance conditions with a company camera was a part of her job.  At the time, digital cameras were relatively new.  The camera she used in her job held a 3.5 floppy disk that held only 1.4 megabytes. Digital cameras have come a long way in the past 30 years! Now she uses 32 gigabytes SD cards.

When Barbara retired, the company presented her with a new camera, and the rest is history. Within one month, her life changed drastically.  She retired, re-married, and re-located from Jackson, MS to Wetumpka.  Little did she know what was to come. The home that she shares with her husband Bob is located on 7 acres of part woods, part lawn with several substantial pecan trees.  Since the area is sparsely populated and on the edge of thick woods high on the rim of the crater overlooking Wetumpka, it affords lots of opportunities for photography.  It abounds with wildlife and other beautiful and interesting subjects. 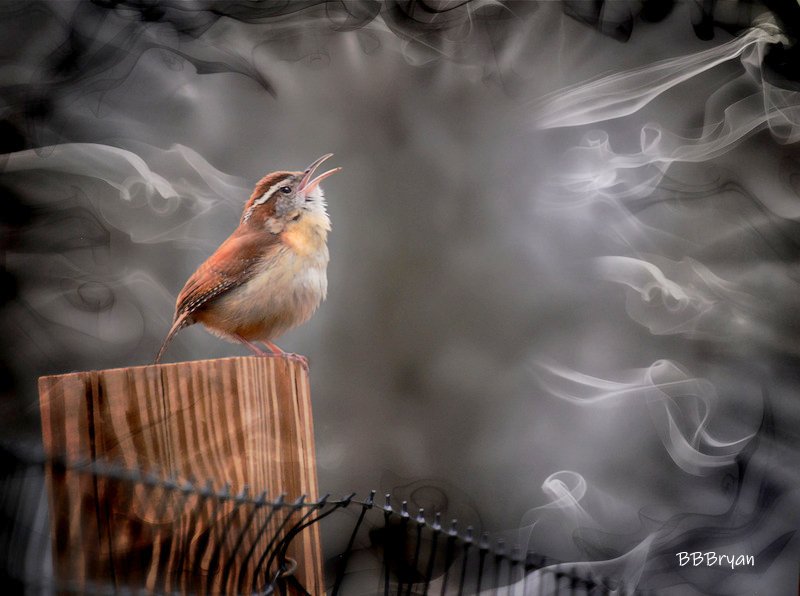 Barbara has always been an animal lover. In fact, she planned to become a veterinarian when she graduated from college, but life intervened, and she had to change course. With time to pursue her newly found passion, the deer, birds, and other wildlife seen through the many large windows of "The House That Bob Built" soon became the focus of her photography. As a volunteer with the Humane Society of Elmore County, Barbara served as their photographer, taking photos of animals available for adoption and items donated for Silent Auctions.

Barbara has taken several photography courses offered by local professional photographers such as Barry Chrietzberg, Paul Robertson, Ryan Bartels, and some online courses. She was a member of the Capital City Camera Club for many years. Barbara's competition was the Alabama State Fair Photo Competition, where she helped hang photos for several years. After winning Best of Show and High Points her second year of competing, she was hooked!

To satisfy her desire to share her experiences and what she had learned with her friends, she formed and hosted a camera club made up of some like-minded budding photographers. They met regularly to learn and to share their expertise. Field trips were a part of their activities. Some of these friends have gone on to become professional photographers. "I'm so blessed to have found something I'm passionate about that is also a creative outlet. I love taking and editing photos to submit for competitions, giving as gifts, or simply posting to social media. I'm not a "professional" photographer since I don't do this for a living, but I know good art when I see it. The ECAG offers me an opportunity to enjoy and share my artistic creativity. I'm also very thankful for the friendships I've established through the ECAG and for the things I've learned about what makes art in any form good enough to be enjoyed," said Barbara. 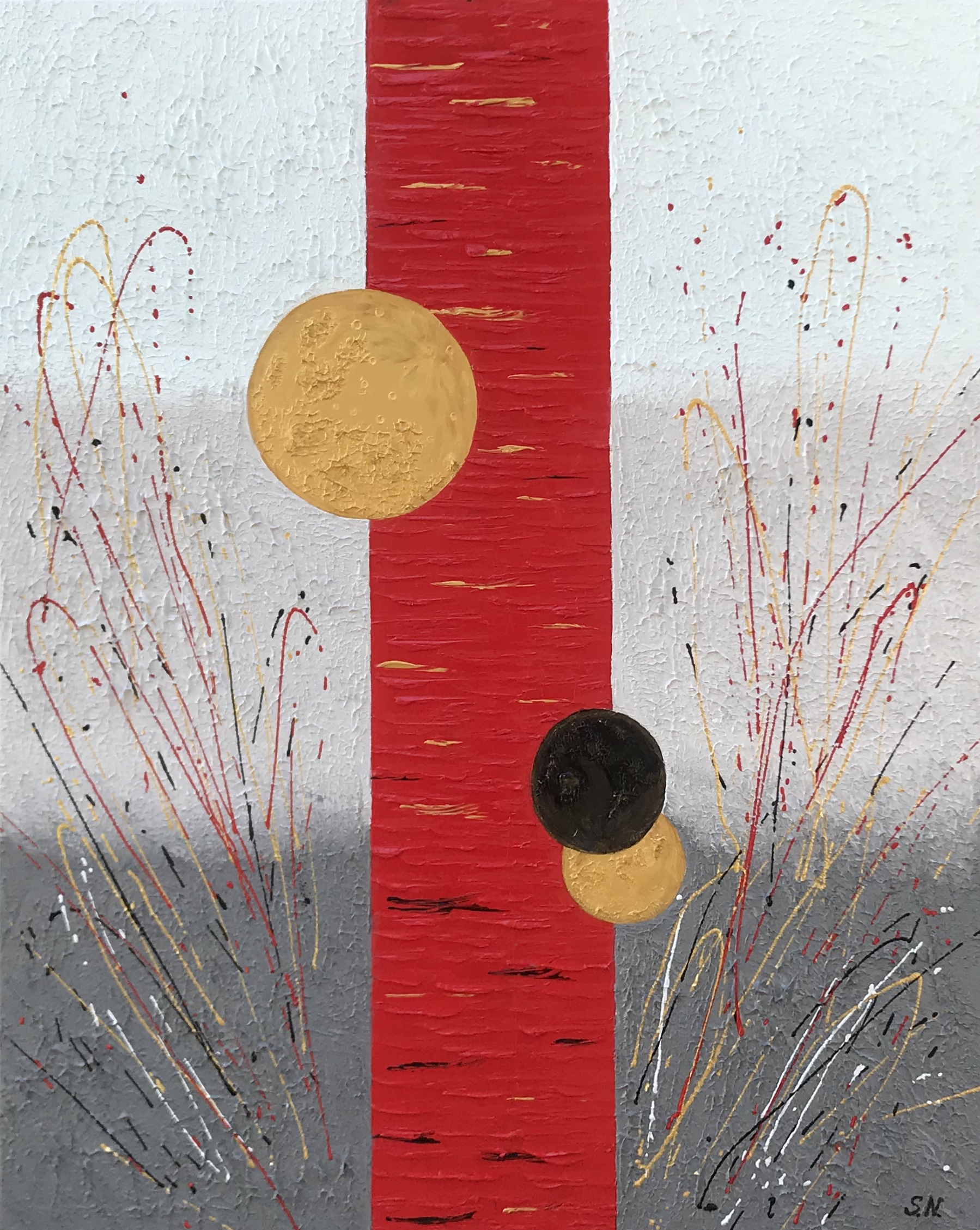 Two works by Elmore County Art Guild member Svetlana Nelson are are included in the  Modern Art Museum, Castle Hubertendorf, Austria exhibition titled "Work of Art and Creator."  The exhibition opened on January 23 and will close on April 26, 2021.

The MAMAG is a private museum of modern and contemporary art in Lower Austria between Vienna, Salzburg, Linz, Wels and Munich. The core collection consists of original artwork by the Pop Art artist Tanja Playner.

Your ticket for the: Quarterly Newsletter: Spring 2021